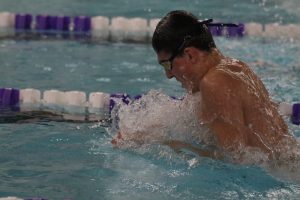 BELOIT—Beloit Memorial swimming coach Dick Vogel has seen an awful lot in his 34 years at the helm of the program.

This year is unchartered territory even for him.

Vogel, who is the head coach for the boys team scheduled for the winter season and an assistant for the girls team in the fall, says he’s not quite sure what to expect as the season approaches.